Our Little Miss is now 8! I can’t quite believe it to be honest! It doesn’t feel like eight years ago that I was sat in a hospital bed cuddling this tiny little 6lb 13oz baby with a head full of jet black curly hair and bright blue eyes! She was three weeks early, due on October 31st (yup, everyone thought that was a funny due date and loved to try and scare me with stories, ha! Who’s laughing now eh!?)

Early in the morning I kept hearing funny noises, and insisted on waking hubs up to go and check everything was OK, about three times I think, and he wasn’t impressed. The 4th time I got up, I waddled to the bathroom and my waters broke everywhere! (All over a newly laid floor, ooops!) so, I called him, and his answer from the bed was “THERE IS NO BLOODY NOISE” erm, no, I think my waters may have broken hubs! We called the hospital who told us to go in, which we did, giggling the whole time (nerves clearly!) got there, had a check, yes waters have gone, no you’re not in labour yet, go home. Which we did!As soon as we got home, labour started! Now, considering this was my first labour, I wasn’t impressed with the amount of pain I was having! They tell you its going to hurt but seriously, they don’t tell you HOW much its going to hurt! The midwife on the phone asked me to rate my pain on a scale of 1-10, I of course, replied “At least 8!!!” Ha! Wrong answer Kate, nowhere near eight love, nowhere near!

We called my mum, who was going to be my second birth partner, now bearing in mind its 6am on a Saturday morning, she didn’t twig we were calling to tell her anything! Just an early morning chat apparently! When she finally realised that this was it, she called back and it was action stations! It still makes hubs laugh now when he thinks about the conversation they had!! Off we all went to the hospital, Dad went home to wait (he doesn’t do hospitals!) and the contractions kept coming. There was no way I was going to do a quiet dignified labour, oh no! I was moaning and groaning like an elephant being tortured. At one point I demanded a c-section. (I cringe about this now, as I’ve had both and natural was WAY more easier!) Anyway, we eventually go to established labour, I had an epidural (even though I didn’t want one before, but like I say, what did I know!) And finally, after a 16 hour labour and 2 hours pushing this teeny little girl came into the world.

No crying, just bright eyes looking at everyone! I remember asking the midwife if she was OK, why wasn’t she crying, and she just laughed and said she was perfect. I also remember how small her bum was in my hands, all along they said I was having a massive baby and here she was, too small for newborn stuff! (3 weeks early and just under 7lb, she could have got a lot bigger!) We were in hospital for 3 days, and taking her home was the most amazing feeling ever! Like she had always been there. Little Miss made our family of 2 a proper family of 3. Now, now she’s not so little. Almost 5foot, size 3 feet and a personality to match! She is so funny, quite cheeky, a little bit naughty but THE most loving girl I have ever known. I am amazed that we made her, and I refuse to take any credit to how gorgeous she is now, she clearly did that all by herself, because I’m nowhere near as kind, gentle or patient as she is. Her brother terrorises her, and she doesn’t mind at all!

Now she’s eight, she wants to start being more grown up, and she wants to get proper pocket money each week. She’s got to earn it now, by making her bed, put her washing in the basket and lay the table, every single day. She also has to get dressed for school without me reminding her a million times, we’re on day one of this now, and she said to me this morning “it’s eight o’clock and you’ve not shouted at me once today mummy” Shows how often I do then…!I don’t feel old enough or mature enough to be in charge of an eight year old, but as long as she’s my best little friend, and I’m hers, I think we’ll be OK. So, Little Miss, Happy 8th Birthday. Mummy, Daddy & Little Man love you more than you will ever know.

Hello there! I am Freya, the mind behind Real Moms Real Views. Known for our brilliant take on the general things along with the topics that people want to be covered for easy decision-making, our blog has a spectacular reputation for being reliable and fun. Visit today to decide for yourself. 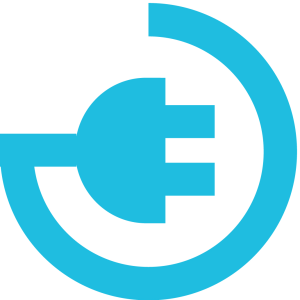 Hello there! I am Freya, the mind behind Real Moms Real Views. Known for our brilliant take on the general things along with the topics that people want to be covered for easy decision-making, our blog has a spectacular reputation for being reliable and fun. Visit today to decide for yourself.

How to Build a Timber Pergola

Carpet cleaning 101: HOW Often Should You Clean Your Carpet?

7 FACTORS YOU SHOULD CONSIDER BEFORE BUILDING DAB RIGS